Covid-19 & Retail: WHo is Thriving and Who is Failing

One of the biggest questions on consumers’ minds recently is, will retail survive the coronavirus crisis? Over 63,000 outlets have been forced to close.  Consumers are spending less to avoid going into stores and their confidence is down.  Discretionary spending has dropped to record lows.  It is so ironic that just a few months ago, our economy was at the strongest it has ever been and within weeks took an historic crash.  Moody’s is predicting that sales will be flat or drop down 3%.

Malls took the biggest hit.  Keep in mind, that many retailers were struggling even before this pandemic. Just in November, we covered the Retail Apocalypse which has hit many companies who struggled to keep up with the technological changes and online shopping habits of consumers. Specifically, stores like Macy’s, JC Penney, and Sears were not doing well. It is now survival of the fittest for retailers and their employees, as one in every four jobs in the United States is a retail position.

Good news for consumers: retailers who are fighting for their lives are putting out heavy promotions that are not typical in April.  These are huge offerings to consumers that usually provided during the Christmas shopping season.  We can find coupons in our email inbox for 25 to 35% off and most online retailers are providing free shipping.

Here are some retailers whose efforts to stay afloat before the pandemic are seemingly nonexistent now:

Forever 21 barely had time to make a comeback after filing for bankruptcy back in September of 2018. Right in the middle of deciding which stores would be turned into cash, the pandemic took over and Forever 21 closed all of their stores nationwide. “Fast fashion” is taking a hit all around as Glossy noted that people are buying loungewear, not trendy fashion which Forever 21 and several other apparel retailers are known for. To combat this decline, online discounts and sales are massive, which has helped to boost apparel sales within the last week or so.

Similar to Forever 21, Sears announced it would close all stores through the end of April, although Kmart stores will remain open. According to CNN Business, Sears has not had a profitable year since 2010, and a second filing for bankruptcy does not seem to be far from their future. Over Easter weekend, the last Kmart store in North Carolina closed its doors for good. This could be a trend throughout the country for these businesses in the near future.

With weddings and special events like prom at a standstill, dress shops are struggling as they seriously rely on the spring season for the bulk of their profits. David’s Bridal filed for bankruptcy back in November of 2018 and unfortunately did not have much time to get back on their feet. They have announced serious cuts, starting with laying off a large majority of their sales associates as well as 50% of corporate positions. Despite their struggles, David’s Bridal has partnered with Joann Fabrics to sew 50,000 masks per week with the help of their alterations specialists, check out the article below:

But all is not bleak.  Amazon, Target and Walmart among others, are thriving.  Online orders have increased by 52% and online grocery shopping has increased an incredible 233%.

Here are some retailers who are thriving during this pandemic:

Amazon has to be the bread winner from this list, and probably every list ever in terms of dominating sales. Compared to this time last year, their sales are up 35%. They are also excelling in their grocery sales, with Whole Foods or Amazon Fresh as two online food shopping options (although Amazon Fresh is not available for delivery to some locations). Of those who ordered groceries online during the pandemic, 60% of them ordered on Amazon. Amazon’s dominance comes as no surprise when considering their success before quarantine. To keep up with demand, Amazon has been hiring thousands of workers to not only help themselves, but also to attract those workers recently laid off from other nonessential retail.

Coming in close second, Walmart has been competing with Amazon for years and both retailers are looking to take the lead in sales, specifically for groceries. Compared to this time last year, Walmart’s sales have increased nearly 20% according to the Wall Street Journal. They are also looking to hire 150,000 new workers by the end of next month. Walmart offers curbside pickup and has even designated specific times for those most at risk to take advantage of this service as well as specific times to shop the store. Despite Amazon’s growing grocery sales, Walmart’s online grocery shopping app is now the most downloaded shopping app. The war between these two retailers has significantly heated up since the start of quarantine.

Coming in third, Target may be falling behind Walmart and Amazon overall, they have been experiencing around 25% increase in sales at the end of March compared to this time last year and a 50% increase in grocery sales, although they have been experiencing declines in the apparel sector which could potentially hurt their growth, all according to The Motley Fool. Unfortunately, the crisis forced Target to stop any progress on their own grocery delivery service, which is great news for Walmart and Amazon. And in even grimmer news for Target, some states like Vermont have forced retailers to stop selling nonessential items to decrease foot traffic in the store. This is forcing Target to try and up their grocery game to compete. Overall, Target is relying on their essential items and minimal grocery sales to power through this time so they can hopefully propel their grocery service when things settle down. In a similar fashion to Walmart, Target has modified their curbside pickup service to be completely contactless encouraging consumers to buy online and avoid coming into the store.

These retailers have been fighting to keep up with the high demand by hiring employees left and right while also attempting to make the consumer shopping experience as convenient and contactless as possible, to keep them safe, healthy and secure.

Here are Consumer $ense, we predict that once Americans are free to get out and begin life again, shoppers will enter the marketplace with a huge presence and sales, and hopefully life, will be as it was.

BONUS: On a light-hearted note, check out this article about a prom shop in Indiana who, despite their financial struggles, is trying to rally the community and put together a prom for local high schools after the pandemic that will also help small businesses. 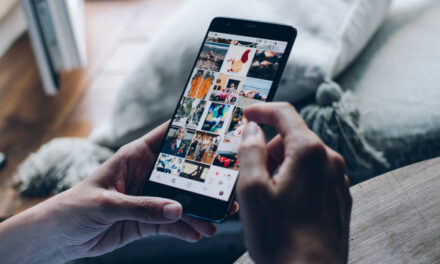 Here’s Why You May Be Spending More After Quarantine 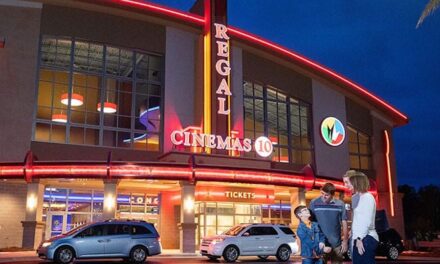 A Classic Tradition Under Fire: Thanksgiving and Movie Theaters

Consumers Tell All: Do We Feel Safe To Shop Yet?